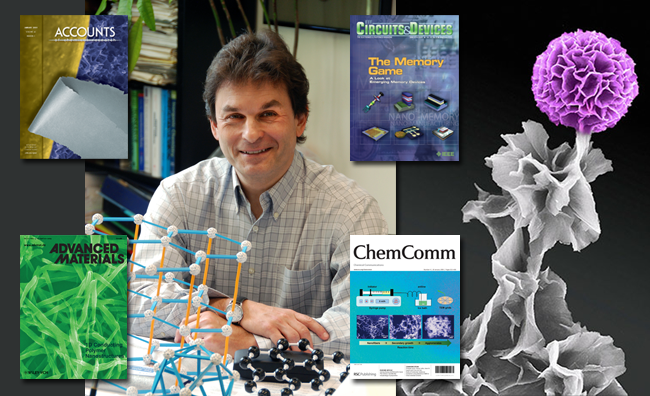 Richard B. Kaner received his Ph.D. in inorganic chemistry from the University of Pennsylvania in 1984.  After carrying out postdoctoral research at the University of California, Berkeley, he joined the University of California, Los Angeles (UCLA), in 1987 as an Assistant Professor.  He was promoted to Associate Professor with tenure in 1991 and became a Full Professor in 1993.  Professor Kaner has received awards from the Dreyfus, Fulbright, Guggenheim, and Sloan Foundations, as well as the Exxon Fellowship in Solid State Chemistry and the Buck−Whitney Research Award from the American Chemical Society for his work on refractory materials, including new synthetic routes to ceramics, intercalation compounds, superhard materials, graphene, and conducting polymers.